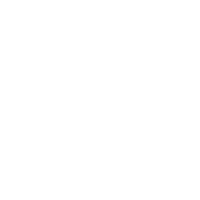 Legal supervision on blockchain technology in the global sphere 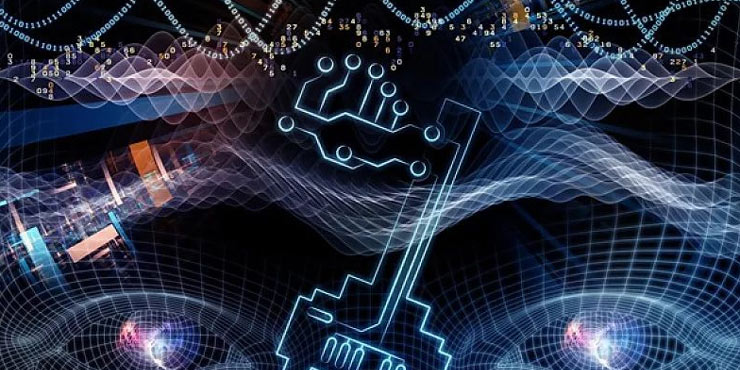 Regulatory trends in the global sphere—take the U.S. and Japan as examples

The United States has always been an attitude of actively supporting regulation and supervision on the blockchain, and the federal government has given each state government the space to formulate and implement its own policies and regulations. For example, Illinois has enacted the Blockchain Technology Act, which allows the use of blockchains for business and prohibits local governments from restricting blockchains or smart contracts. Wyoming has passed thirteen blockchain and cryptocurrency friendly laws, and one of them is to establish a new type of bank that can hold encrypted assets for customers from 2020. Nevada adoptedRegulation No. 398, which has recognized residents' right to use blockchain, and exempted the tax on blockchain and smart contracts. 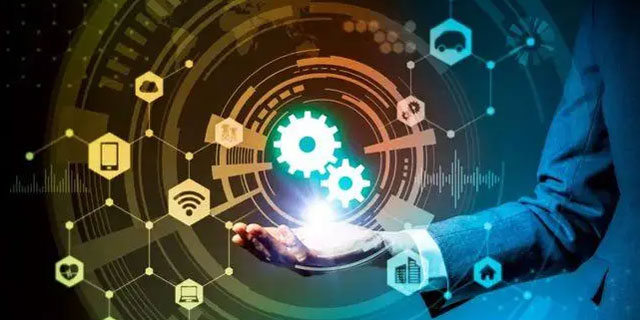 The supervision on blockchain in the United States mainly starts from three aspects.

First, attach importance to the digital asset supervision of blockchain. Although the implementation of blockchain applications is becoming more and more intense, the development of most industries is still in its infancy. At the same time, the risks and challenges are constantly evolving with the implementation of blockchain applications. In 2018, the United States frequently issued policies for digital assets, and carried out regulatory sandbox plans in key areas to avoid hindering the development of the industries due to excessive or absent supervision.

Third, actively prevent the security risks of blockchain.In 2018, the United States focused its supervision on the prevention of criminal acts using digital currency and had carried out "digital currency purification activities." The U.S. government uses precautionary measures to predict the possible risks of the application industries, so as to avoid transaction risks and frequent criminal incidents which are caused by the proliferation of industry application. 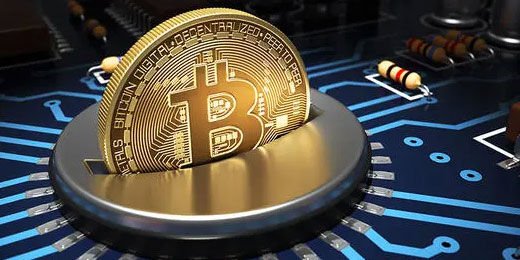 Japan has always been a friendly country to blockchain.TheFund Settlement Actpassed on May 25, 2016 recognizes digital assets as a legal means of payment, not commodities or securities, which clarifies the legal status of virtual currencies and their trading platforms. In January 2018, CoinCheck exchange in Japan experienced a NEM stolen incident, which has a lot to do with the security management of the exchange. Therefore, in March, Japan’s Financial Services Agency (FSA) strengthened its review of domestic digital asset exchanges. It can be seen that the Japanese government has actively responded to blockchain and strengthened the regulation on it in 2018. Also in 2018, Japan gradually optimized its supervision and regulated the issuance and transactions of digital currencies through the introduction of guidelines and regulations. Although most of the regulations are still in the early stages, the Japanese government has promoted the healthy development of digital transactions through the process of gradual compliance. Relevant Japanese legislation has been continuously improved in terms of the compulsory registration of trading institutions, strengthening the isolation of trading funds and anti-money laundering mechanism. When strict supervision on digital currencies is being carried out, blockchain technology is being widely used at the same time. 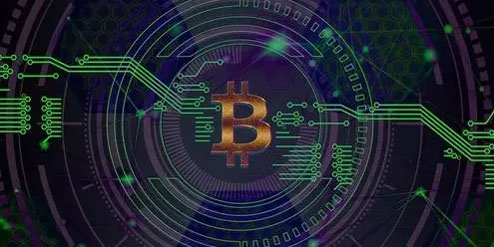 In terms of legal regulation, the British government first proposed the concept of "regulatory sandbox" in March 2015 in order to continuously consolidate the position of European financial technology leader and ensure a reasonable regulatory system. The application of this concept provides a blueprint for the development of blockchain industry.

For key application fields of the financial industry, corresponding industry access thresholds can be set or regulatory sandboxes can be introduced to ensure financial technology supervision and system risk prevention.The introduction of regulatory sandboxes for a wide range of applications in the supply chain finance, securities and insurance industries will help regulators play a constructive role in innovation. Through the active adjustment of regulatory measures, regulators can promote the active realization of market innovation and transform the regulatory concept which is driven by passive response and waiting for risk events into the concept of active guidance. Key financial industries need to introduce regulatory sandboxes. On the one hand, they can clarify their application scope and reduce corresponding costs. On the other hand, through the implementation of regulatory sandboxes, they can provide suggestions for the formulation and introduction of specific regulations. 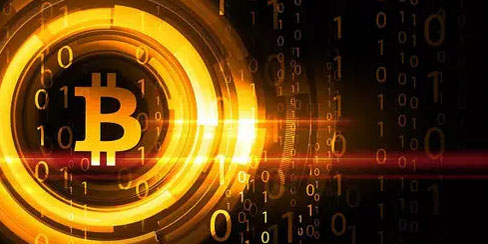 Second, strengthen the standardization of industry self-discipline organizations. In the financial field, such as payment and settlement, supply chain finance and securities insurance,it is very important to establish corresponding industry self-discipline and regulation associations. The reason why blockchain can attract numerous fans is that it can avoid the procedural burden and transaction costs of traditional laws, and achieve efficient and reliable interpersonal and social cooperation. Self-regulation has strong flexibility advantages, and these associations are the communication bridge between enterprises and corresponding government regulatory authorities.

Through self-discipline and standardized management, on the one hand, relevant government personnel can clarify the application status of blockchain technology in the corresponding industry. On the other hand, through the supervision of their own behavior, financial regulatory authorities and corresponding government agencies can rationally view blockchain technology, so as to avoid the consequences of "no supervision will make it disordered, but carry out supervision will make it aborted" in emerging industries.

Third, in the process of smart contract specification and corresponding technical specification, the access standards of specific financial industries, such as personnel restrictions, capital restrictions and basic laws and regulations, should be standardized into the blockchain program through initial coding. It is necessary to pay attention to the security risks of the blockchain, not only in the technical field, but also strengthen the learning and training of professionals and blockchain technical talents in related industries. Only with a full understanding of the industry can we better supervise and achieve benign development. 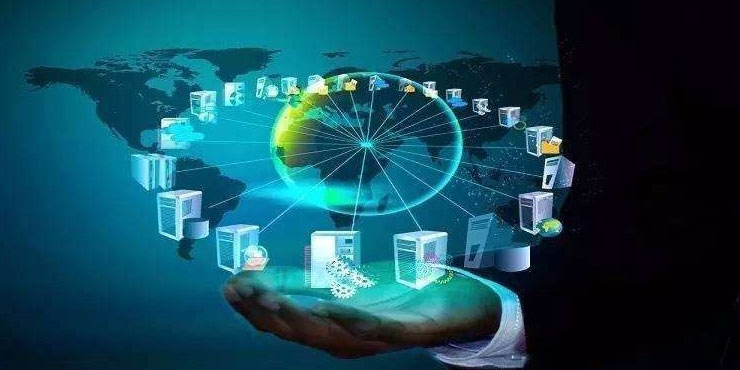 Therefore, it is very important to identify the technical standards of the modules involved in Blockchain technology. For example, in the field of product traceability, it is very important to establish a complete evaluation system and access system. Professionals evaluate the technical level and identification and issue corresponding qualification certificates, so as to avoid the proliferation of some enterprises doing illegal and criminal acts under the guise of Blockchain. Since digital bills in this field need a lot of storage space and technical support, so in these fields with mature technology applications, they need to establish a research and development platform for digital bills and actively participate in the international technical standards for the application of Blockchain in the financial industry. 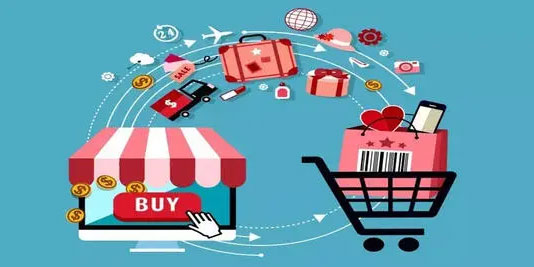 Fifth, strengthen the exchanges between industry, research and government. In the first half of 2019, the growth rate of newly registered Blockchain enterprises with substantial output has decreased and lack of follow-up power. Meanwhile, from perspective of the service type and development orientation of each enterprise, most enterprises mainly focus on the research of Blockchain program, which mainly focuses on theresearch on underlying technology, the processing of information and data, the provision of solutions, public chain and platform chain and reflects the homogenization of enterprise service types as a whole. Homogenization easily leads to vicious competition in the industry. Chaos appear.

Therefore, whether it is applications in financial or non-financial fields, they need to know the pain points of specific industries, such as the transaction of cross-border payment in the field of payment and settlement, the protection of the legitimate rights of information subjects in the field of credit investigation and the legitimacy of information sources, and the difficulty of "traceability" in the field of product traceability in realizing real anti-counterfeiting and anti-counterfeiting. Through the analysis of the pain points, they can formulate relevant industry norms, dispel the government’s doubts, clarify the application boundary, and ensure that there are rules to follow.